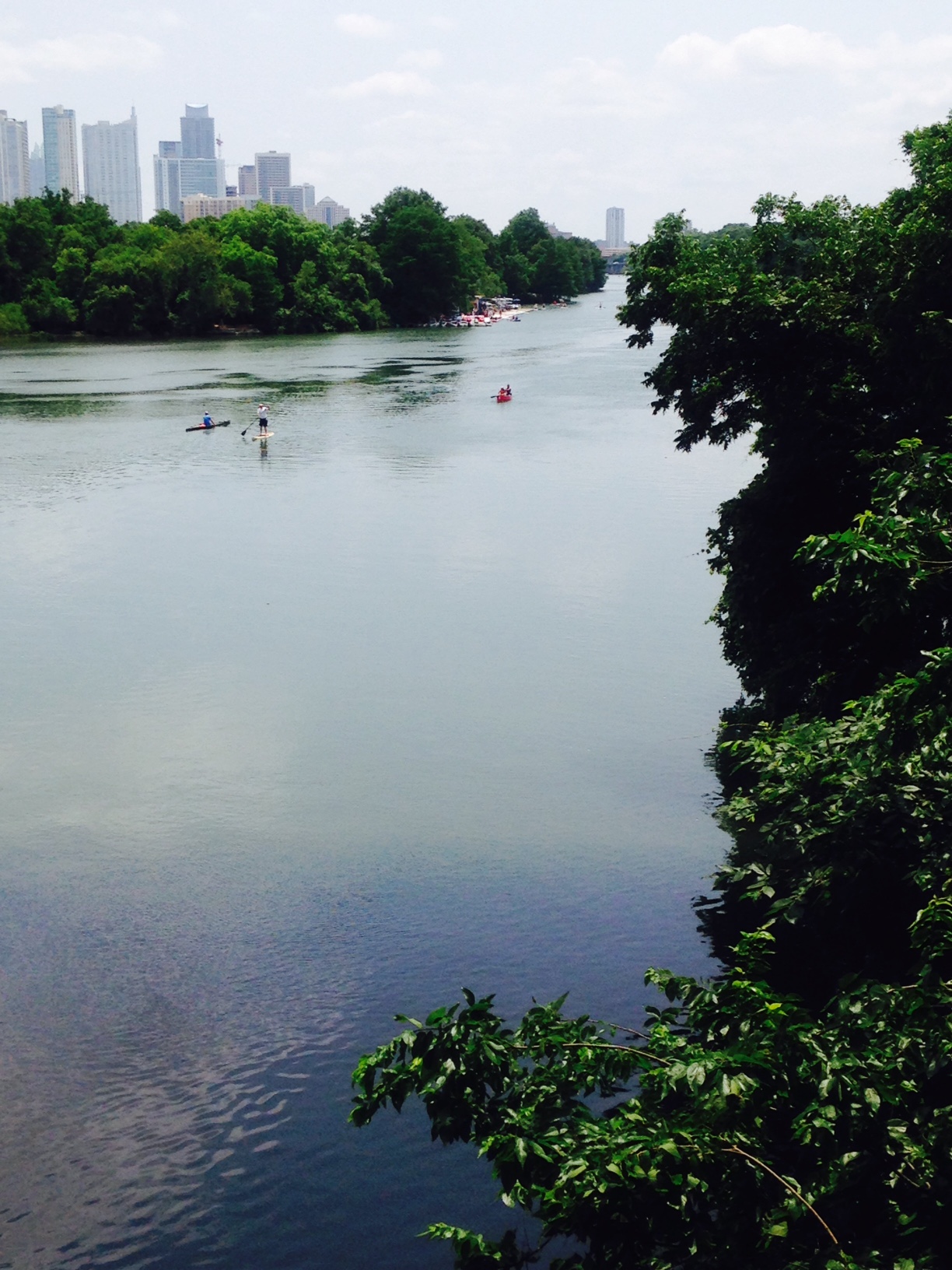 As I made my way out of the coffee shop this morning, the brief encounter with the slightly mad looking man with crazy disheveled black hair went something like this:

Crazy Man: Hello.
Me: Good morning.
Crazy: You look like you’re a fun person.
Me: I don’t know how fun I am right now.
Crazy: I think you’re fun.
Me: Thank you? Have a good day.

For the record, I don’t really think this man is crazy. I believe him to be one of those rare birds who is unafraid to call it like he sees it and enjoys offering kind, audible comments that make people smile. I love these people and actually believe they, not us hiding behind furtive glances and beneath silent comments, too afraid to tell someone they’re pretty or handsome or we like their style, are the sane ones. I also do not believe our meeting to be an accident.

There was power behind this slightly unusual interaction. I could feel it by the sadness that sprung in me immediately, like an almost dead plant that comes alive after receiving a fresh pour of water. The trickle of tears I knew would fall if I repeated our conversation aloud. This small exchange struck at the heart of something I’ve been wrestling with since my return to Austin and there are two people in this world that I wanted to talk to about it. These gems were the type of friends that would do exactly what I needed them to in that moment to help me get to the crux of my emotions – listen. They also happened to be the numbers that responded with voicemail. More often than not, an unavailable friend is always someone up there nudging and encouraging me to figure it out on my own. Get your ass in your chair and write about it.

For the past ten days or so, I’ve battled with a feeling that isn’t foreign to me. I felt it before I left Austin and was hoping, with eyes fresh from travel abroad and a new perspective, something would shift. But it seems it hasn’t. There’s a sense of sadness that I can’t shake when I’m back in Austin. I’m hesitating, but if I’m honest, I would classify it as a mild depression. Before I left I was convinced an unfulfilling job and inauthentic life was the source. It’s one of the main reasons I flew the coop.

I learned a lot about myself in my three-month sojourn. I experienced a lot of healing and found forgiveness and peace like I have never known. I returned to the States excited to make a fresh start and my first week back, I felt energetic, alive with enthusiasm despite a pretty much non-existent jet lag. Elated by the comforts of home, I was filled with gratitude for all the gifts of my life. I was up early, practicing deeply and sharing time with loved ones. Inspired and motivated by opportunities in front of me, I anticipated my life guided by love and authenticity. You would’ve had to scrub the smile off my face with steel wool and bleach.

Within 48 hours of being home in Austin a switch flipped. While the gratitude I feel for being back in my space, a seemingly endless array of clothing to chose from, and long mornings to write has not been lost, there it is again – what I can only describe as a quiet malaise. A small veil of heaviness has steadily begun to lay over the light, enthusiastic woman I experienced merely weeks ago. She seems time zones and almost worlds away.

To my logical mind, this doesn’t make any sense. There’s a part of me that loves Austin – biking down to the trail, walking in nature so close to the city. The space I’ve cultivated. My friends. I have a list of reasons to enjoy this town. So why, aside from the occasional moments likely prompted by a cocktail, does the joy filled girl – the one the crazy man seemed to discern beneath a slightly sullen exterior – seem so elusive in Austin?

As I’ve discussed with many friends here, some of who feel the same, I can’t quite put my finger on why I lack the same joie de vivre being back in Austin. Together we’ve mulled over potential culprits. (One being the absence of Uber and Lyft. Seriously. I have no car and am thus relegated to areas I can walk, bike or bum a ride off all too generous friends.) I have no need to rattle off a list, as it is not my objective to defile this city. On the contrary, I spent many an hour trying to convince my overseas friends to come visit because the city is so wonderful! And I still believe that. But something is preventing me from experiencing it.

Was the ‘newness’ of my first week back in the States the culprit of my perma-grin in Los Angeles? Was avocado every morning after a three-month depression enough to make me giddy? Or did time with my teacher contribute to my love of life? Did I still consider Los Angeles as time off – an extension of my travel abroad? A week more of carefree living despite being within the borders of my homeland?

Or is something deeper at play here? Did my unconscious response to the kind sir on the patio of Café Medici signal a certain unwillingness to have fun and be lighthearted? What is the weight my heart bears that seems to effortlessly disappear when I am in Los Angeles? While Austin is a great city, is it like an ex-boyfriend? Someone I love deeply yet ultimately, not right for me? Did Austin, like any good relationship, serve its purpose? Is it simply time for me to move on?

I don’t have the answer and so I will continue to adventure on, asking myself questions along the way. My job is to be brutally honest with what I’m feeling and continue to live authentically. Maybe that will land me back in Austin. Maybe Los Angeles. Maybe somewhere that hasn’t crossed the limited capacity of what I allow my mind to imagine. Wherever it is, I know it will be the right place, at the right time. And in that place, there will be fun. Lots of it.

I write to navigate this messy world of feelings, emotions, and being human.